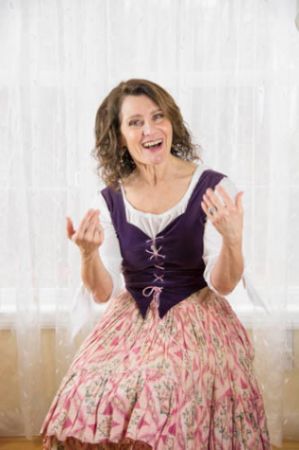 Celebrate holidays or women’s history with storyteller and educator Monica Peterson.  Using props and lots of audience participation, Monica delights listeners with magical tales of seasonal festivities and inspiring stories of national holidays and heroes. In addition, she weaves true accounts of women whose determination and courage altered history. Listening to stories provides schema to students, develops vocabulary, brings the past to life, and inspires character. In addition, Mrs. Peterson conducts residencies that provide students with direct instruction in oral language skills and culminate in a mini storytelling festival where each student tells his/her own story. 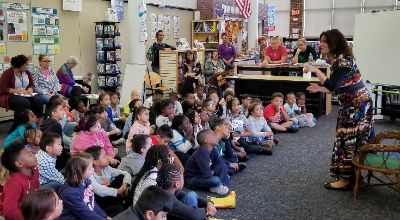 A ten-session residency* that provides students with direct instruction in oral language skills such as volume, pitch, tempo, character voices, and the use of pauses. Story elements such as organization (beginning, middle, and end), dialogue, tone, character, and setting are also explored. The residency culminates in each student telling his/her own story in a mini storytelling festival. This program is perfect for after-school enrichment for schools and libraries or specialty workshops during the school day!

*The number of weeks and sessions per week can be tailored. 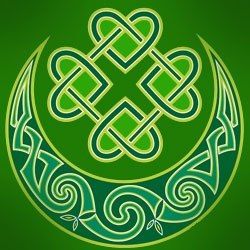 From time immemorial, Celtic people have shared their way with words and their powerful music. In this program stories from Ireland and Scotland are told with a unique flair and insight. Adults and children will thrill to haunting tales of fairy lovers, laugh at the antics of leprechauns, and be awed by true stories of the perseverance of Celtic people. The stories are interspersed with the magic of the harp in heartfelt ballads, lively dance tunes, O’Carolan’s great music, contemporary Irish songs, and beloved traditional tunes.

WENDY AND MONICA share a great affinity for Celtic culture. They met performing with the theatrical troupe Themselves in a tribute to Irish immigration entitled "An Immigrant’s Story" which has been presented at the  JFK Presidential Library and at schools throughout the tri-state area.  Monica and Wendy also make up the duo THE AMAZING MATH WIZARDS using story and music to make math fun for young students. 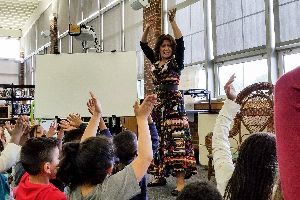 Storyteller, Monica Peterson has entertained at the JFK Presidential Library, The Children's Museum of the Arts in Manhattan, Connecticut DEEP Great Park Pursuit, the New Britain Museum of American Art, Riverfront Music Revival, Connecticut Storytelling Festival and at festivals, museums, libraries, schools, and senior centers throughout the area.  She also performs as half of the duo, The Amazing Math Wizards and can be seen currently in “An Immigrant’s Story” with the theatrical troupe Themselves.