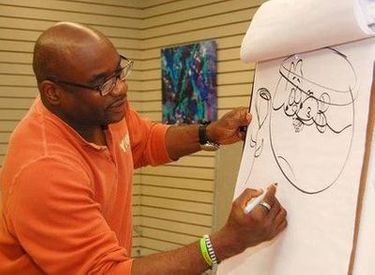 Nationally recognized cartoonist Joe Young teaches cartooning and incorporates Common Core Standards in his presentations. He has been teaching cartoons to young people for over 25 years. His mission is to provide a vehicle for young people to express themselves through Cartooning. He was a Guinness World Record Holder for creating the world’s biggest comic strip (100 yards)! 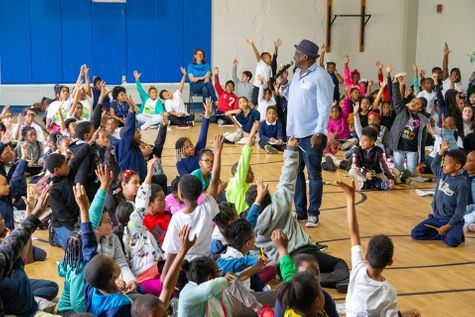 Students will learn how to draw basic cartoons. Joe works in other academic concepts in STEM & ELA.

Students will learn how to draw basic cartoons and develop original characters. Joe works in other academic concepts in STEM & ELA. 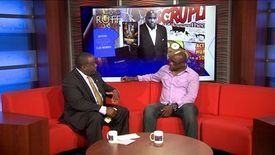 A native of Connecticut, Joe Young is a cartoonist, filmmaker, producer and writer. The creator of the Scruples Comic characters and the writer and executive producer of the Diamond Ruff Book and Movie that was distributed internationally. He is currently the President of Young Studios headquartered in Hartford, CT. He is also the founder and executive director of the youth non-profit agency The Joe, Picture This Show, Inc. (The Hartford Animation and Film Institute). He is a former Guinness World Record Holder for creating the World’s Longest Comic Strip. In 1999 he received the prestigious Daily Point of Light Award from the White House for volunteering his time in bringing the Arts to disadvantaged children. He and his work has appeared in People, Ebony, GQ and Jet Magazines, the Boston Globe, New York Times, C-Span, US Weekend, CNN and other national media outlets.