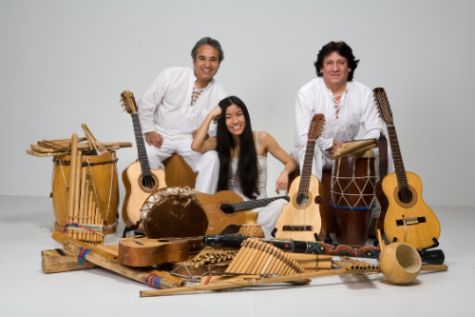 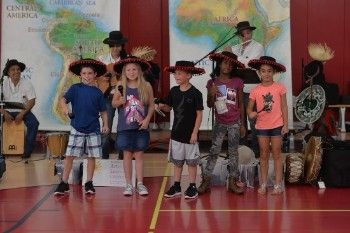 Virtual Music with a Latin Beat (All Ages)

This interactive virtual performance is based on the musical styles and traditions of South and Central America, the Andes, the Spanish Caribbean, Spain and Mexico. Using digital technology to enhance the program, we deliver a dynamic live video that includes background visuals, images and text. This colorful program engages audiences of all ages as they learn about Spanish-speaking cultures in a fun and innovative way. Participants sing in Spanish while following the lyrics on their computer screens. Surcari performs Latin music on a wide array of traditional instruments while wearing ethnic hats from each country they visit. Q&A section.

Music with a Latin Beat (All Ages)

This highly interactive musical performance with audience participation is based on the musical styles and traditions of South and Central America, the Andes, the Spanish Caribbean, Spain and Mexico. Surcari performs Latin music on a wide array of traditional instruments while wearing ethnic hats from each country they visit. Their colorful performances engage audiences of all ages as they sing and clap while learning about Spanish-speaking cultures. Student volunteers play an extensive collection of hand percussion instruments and create a rainforest soundscape along with Surcari. Q&A section. *(This
multicultural program will be modi ed during COVID-19 to follow CDC guidelines.) 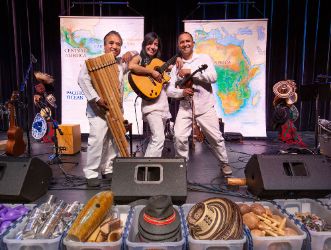 Surcari (a combination of two words: Suramérica & Caribbean) is an award-winning performance group originally from Chile, Venezuela, and Puerto Rico under the musical direction of award-winning guitarist Lorena Garay. Their versatile members perform irresistible instrumental and vocal Latin music on a wide array of traditional instruments. Surcari's extensive repertoire is drawn from the group's artistic influences: folk/traditional, Latin, classical, jazz, and flamenco. Their members have performed in the USA, South America and Europe. Surcari won 3rd place for Best South & Central American Album at the 2009 JPF Independent Music Awards. They received the Arts For Learning Connecticut's 2018 Performing Artist of the Year Award.

Lorena earned her MM from The Hartt School, where she received the Guitar Department Award. She earned her BM from the Conservatory of Music of PR, where she received the String Department Gold Medal Award. Her other awards include the Identidad Latina's Latino de Oro Music Award. Eugenio Huanca from Chile, has devoted his life to playing music from Latin America and the Andes. Carnegie Hall, Lincoln Center, and the Smithsonian Institute are among the most prestigious venues where he has performed. Edilio Bermudez from Venezuela, studied violin at two conservatories in France. He has an Artist Diploma in jazz performance from Berklee College of Music. He has played bass with many world-renowned Latin musicians, such as percussionist Giovanni Hidalgo.